In this research rats were injected with isoprenaline (similar to adrenalin), so as to cause myocardial infarction, identical to heart attacks in humans. The experiment included a second group of rats that were pre-treated with betaine. The outcome showed a dramatic protective effect of betaine, evidenced by survival and significant changes in the levels of protein, glyco-protein and amino acids in the betaine treated animals after the injection of isoprenaline. 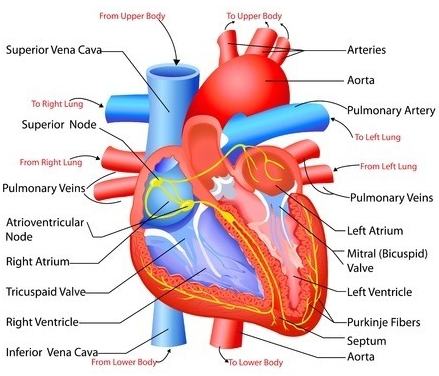 Pre-treatment with betaine (by mouth) significantly prevented the isoprenaline-induced rise in the levels of troponin-T and creatine phosphokinase (CPK), signs of heart muscle damage. It also lowered amino acid signs, specifically, taurine, aspartate, glutamate, arginine, hydroxy-proline and homocysteine, which appear in the blood after heart attacks. Reduced damage was also evidenced by reduced glycoprotein components (e.g. hexose and hexosamine) and there was also a decrease in lipid peroxidation. In fact, the heart damage was so limited that tissue peroxides remained at normal levels, comparable to the uninjected control animals.

These results indicate that Betaine was able to stabilize heart cell membranes (in the face of isoaprenaline, which is known to cause heart attacks. Betaine protection is probably by its antioxidant property against free radicals.

We also know that Betaine supports production of methionine and SAM and this is independent of folate and cobalamin (B12). Thus, my interpretation is that betaine can convert TOXIC homocysteine into ESSENTIAL methionine. That is the key, for Methionine makes SAM, which is needed to make hundreds of methyl products required to keep us healthy. By delivering its methyl carbon, SAM becomes SAH, which can mesh with the Cystathionine enzyme, CBS, and thus liberate cysteine, required for synthesis of glutathione and taurine. These final products are protective for heart cells and against free radicals generated by the heart muscle itself. Consider this: the heart muscle MUST generate energy for a lifetime and free radicals are a continuous by-product of this continuous activity. Betaine is an important protective factor in this amazing feat. It is a major anti-aging nutrient, and not only in the heart, but also the liver and kidneys.

Note: There are many research publications regarding isoprenaline and myocardial infarcts. Curcumin and many other herbs have been tested and were successful, so was DMSO. Not only are free radicals considered important but ischemia, low blood flow, due to partial coagulation of blood is also recognized. But the most natural and least toxic approach most likely is Betaine.

Incidentally, beta-adrenergic drugs are known to oxidize into toxic products, such as adrenochrome. Abram Hoffer, father of megavitamin therapy, researched the use of vitamin C as an antidote to adrenochrome in the treatment of schizophrenia. Free radical biochemistry is a factor in many acute and chronic illnesses, especially those that involve inflammation.

In that regard, following the lead of Dr. Hoffer, we have included 1000mg per packet of Vitamin C (ascorbic acid) in Ola Loa ENERGY and SPORT and 500 mg in Ola Loa REPAIR. Inflammatory challenges, such as viruses, bacteria, chemicals and physical-psychological stress affects everyone.

Ola Loa is the first Methylation Multivitamin with over 20 years leading the way in Methylation Support Nutrient Supplements.